For badminton, we wish to join hands with Gopichand to built up his first academy beyond Bangalore. Likewise, for basketball, all efforts are being made to get NBA on board and for yennis are working on either tying up with a stalwart international player or an academy. Moving ahead we plan to add a few other Olympic sports too. We have been running the U14 football Academy of ATK, offering the kids free boarding, lodging and education while ATK takes care of the technicalities.

It is indeed very satisfying for us when we see 9 out of 18 kids in Bengal's under 14 team being picked up from our ATK Aditya Football Academy. This time round we are looking to take care of their U and U squad. The basic ideology remains the same. Top class infrastructure and support at affordable prices. A concept that we call EduSports. We plan to have residential academies for all the sports that we offer, to ensure that the top class sporting talents can focus entirely on their game while we take care of their boarding, lodging and education.

He was overwhelmed and promised to come back if invited and help us in any manner possible. So much so that what was supposed to be a 20 minute workshop with the kids ultimately ran for over 45 minutes. He couldn't actually believe that we have come up with such a world class dressing room and such a picturesque stadium. He offered joining hands straight away. North-eastern India is a crucial part of our vision. We have received tremendous response from there. Each year we find more and more kids enrolling at our school.

We are exploring proper partners in the region to carry this vision. So that we can extend the same facilities in their backyard. We have already started dialogues with a couple of state governments to explore opportunities to build up a complete residential facility of the highest standard and build up something that the nation can boast of.

Much on the lines of Doon School or St. Paul's Darjeeling, if not better. Look everyone seeks appreciation for their hard work.


That's what motivates us to keep striving for the better. We have thus never shied away from any opportunity that we got to extend our support and provide due encouragement to these achievers.

We even felicitated Surajit Gharai and also supported him by providing him with a complete kit when he got selected for the Indian Blind Cricket team as the sole representative from Bengal. The idea is not just recognition but also to extend our support in whichever manner we can to help them perform better. Like, we got this wonder girl Iqra Rasool from Baramullah Kashmir, who had to hide her bat under the burkha and play with boys.

Today she is studying in Aditya Academy and honing her cricketing skills under the mentorship of none other than Jhulan Goswami. We are constantly on the look out for such bright prospects, not necessarily in cricket.

We would be more than happy to contribute in our own little way towards their development and success. How do you look at the future of sports industry in India? What are the gainful employment opportunities from this industry? As an education provider, do you feel sports should be mandatory in curriculum? Sports industry in India is just about to explode.

We have not yet reached that zone. Yes, it is growing much faster in recent times than it has ever before and for me we are on the right track. Cricket has ruled the industry but no denying that it has also helped other sports to flourish.

Just look at what IPL has done in the last 11 years. We have so many franchisee based leagues now in different sports and they are all doing pretty well. To support error and roguery all over the earth. The predominance and hegemony of the Macaulayean system swept off many future leaders. The Nehruvian establishment also created a narrative that was neglectful or lethargic towards the vision and articulations of these epochal thought leaders. 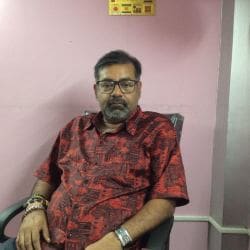 Very proud of him. We have to forcefully mobilise and garner support from all ndians. The leftists and Mc Cauleyists have to be thwarted.

You are commenting using your Facebook account. The world has produced three great impostors: Moses, Jesus and Muhammad. Christians must acknowledge the historical fact that from Bethlehem to Madras, most of their sacred sites are booty won in campaigns of fraud and destruction. Every formula of every religion has in this age of reason, to submit to the acid test of reason and universal justice if it is to ask for universal assent.

A nation can survive its fools, and even the ambitious.

But it cannot survive treason from within. An enemy at the gates is less formidable, for he is known and carries his banner openly. But the traitor moves amongst those within the gate freely, his sly whispers rustling through all the alleys, heard in the very halls of government itself. The greatness of a nation and its moral progress can be judged by the way its animals are treated.